Pilot Fatigue – To Report Or Not To Report, That Is The Question... | European Cockpit Association (ECA)
Skip to main content

I think Shakespeare will approve the alteration of his famous words in Hamlet. You remember, the scene in which Shakespeare writes about death and suicide. 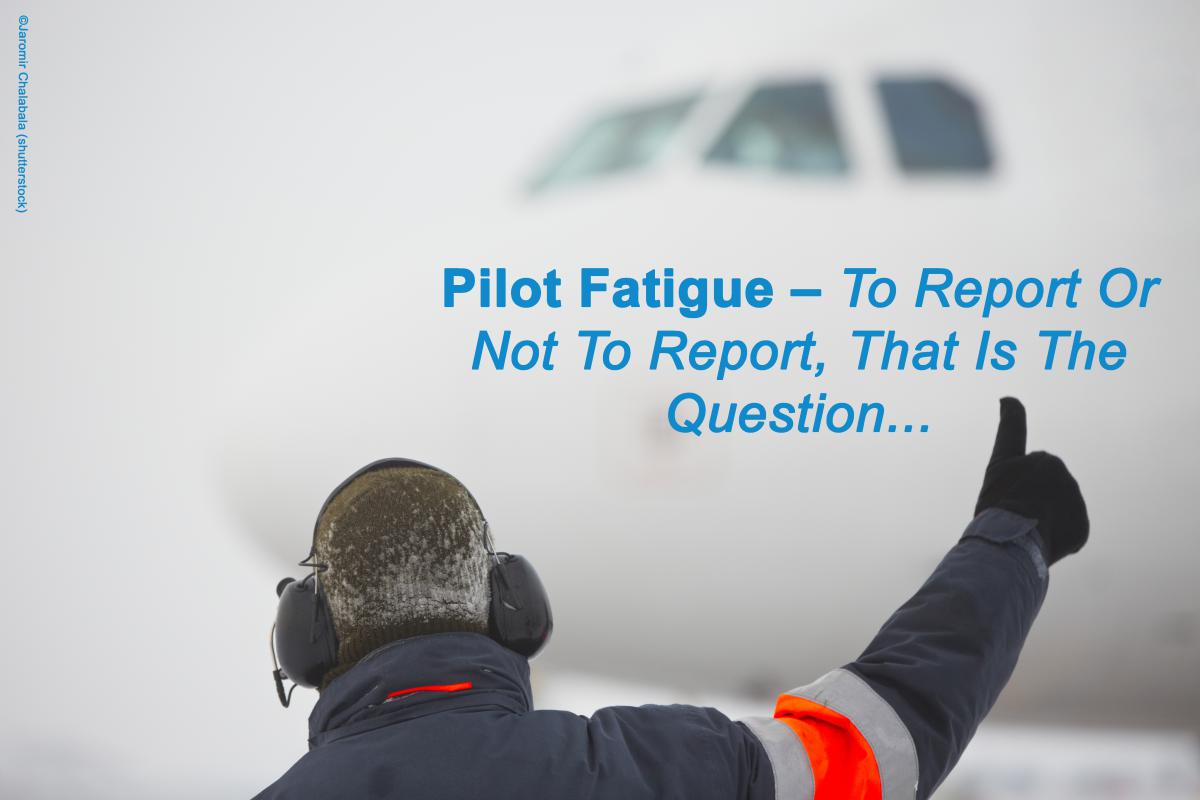 Though Hamlet laments on the pain and unfairness of life, he acknowledges that the alternative might still be worse.

Where is the parallel between Hamlet and pilot fatigue?– You might ask at this point.

In my 40 years of commercial flying, I had more such memories than I would like to admit. Flying a Learjet in those 1970s was an experience of long idle periods altering with unbelievable long duty times. The plan of having just one captain and one co-pilot employed per aircraft led to my first unpleasant fatigue experiences.  Later in my career curve, in an airline with clearly defined duty regulations, the – perceived – needs of the private life turned out to contribute to very tiring setup. Feeling the need to complete all kind of ‘obligations’ in the ‘OFF-time,' sometimes before checking in for a long night flight, made me experience unpleasant times in the cockpit while drinking one coffee after the other.

But looking back, I find another kind of fatigue experiences: Lying in bed, unable to sleep. Looking at the alarm clock from time to time, calculating how many (few?) hours I still have before I need to get up for an early morning check-in only to fall asleep just before the alarm sound. Or on other occasions, trying to sleep during daytime with the prospects of spending a night in the pilot’s seat.

Fighting sleep inertia seems to be an unpleasant but frequent experience even in short and medium haul operations.

Reading this, one might think that I was a pilot who mastered how to file a fatigue report. But, no, I didn’t. As a matter of fact, I’ve never filed a formal fatigue report. After all, real pilots never get fatigued, do they? And real pilots do not want documentation on them other than ‘glorious’ achievements, right?

I was no exception.

Having a good climate with the colleagues of crew-control resulted in some roster changes after calling them and asking for some different duties. BUT no formal fatigue report was ever filed.

All these experiences – if they had been reported - would reveal significant data on how to set up rosters, flight rotations, and duty combinations. But nobody really cared about these data: neither the companies nor the crews. Tables set up with the consent of the regulator had to be adhered to, individual performance levels were not in focus.

But as Shakespeare said: “The best is yet to come.”

Since 2010, EUROCONTROL listed 24 accidents or serious incidents where ‘fatigue’ was identified as a contributing factor. I have no doubt that it needs a joint effort of crews, managing personnel and regulators to act against aviation’s “fatigue hazard’. Thus, a properly conducted ‘Fatigue Risk Management System – FRMS’ is a promising step forward. FRMS is driven by data that should lead to a safe, human-centred rostering. Fatigue is in a way a private, subjective matter. Objective measurements are obviously complicated and impossible to be applied before/at every flight duty. Fatigue reports in the ICAO/IATA/IFALPA proposed format are appropriate tools that provide excellent datasets to assess specific flight combinations, check in times, rostering practices, etc.

As of 15 November, the EU Regulation 376/2014 is in effect. This EU-wide legislation defines and builds on Just Culture, includes fatigue as mandatory reporting item, protects the reporter and proclaims that there should be no fear of sanctions.

Therefore today, having ‘Just Culture’ in place and having FRMS in place, William Shakespeare’s quote might be appropriate for commercial aviation in the upcoming years!

Of course, all these will not work perfectly from day one. Regulators, operators, and pilots have to gain experience with the new safety management environment in respect to fatigue. But once this experience is gained, all these should lead to decades of considerably fewer reports of accidents and serious incidents stating ‘fatigue’ as a contributing factor.

Today the framework is set. The intention is set. And let’s hope that pilots don’t hear the following words apart from hearing them at the theatres:

“Are you sure/That we are awake? It seems to me/That yet we sleep, we dream” ― William Shakespeare, A Midsummer Night's Dream.

END_OF_DOCUMENT_TOKEN_TO_BE_REPLACED

Just Culture — Who Decides Over ‘Just’?

Just Culture within the organisation: Are you ready for it?