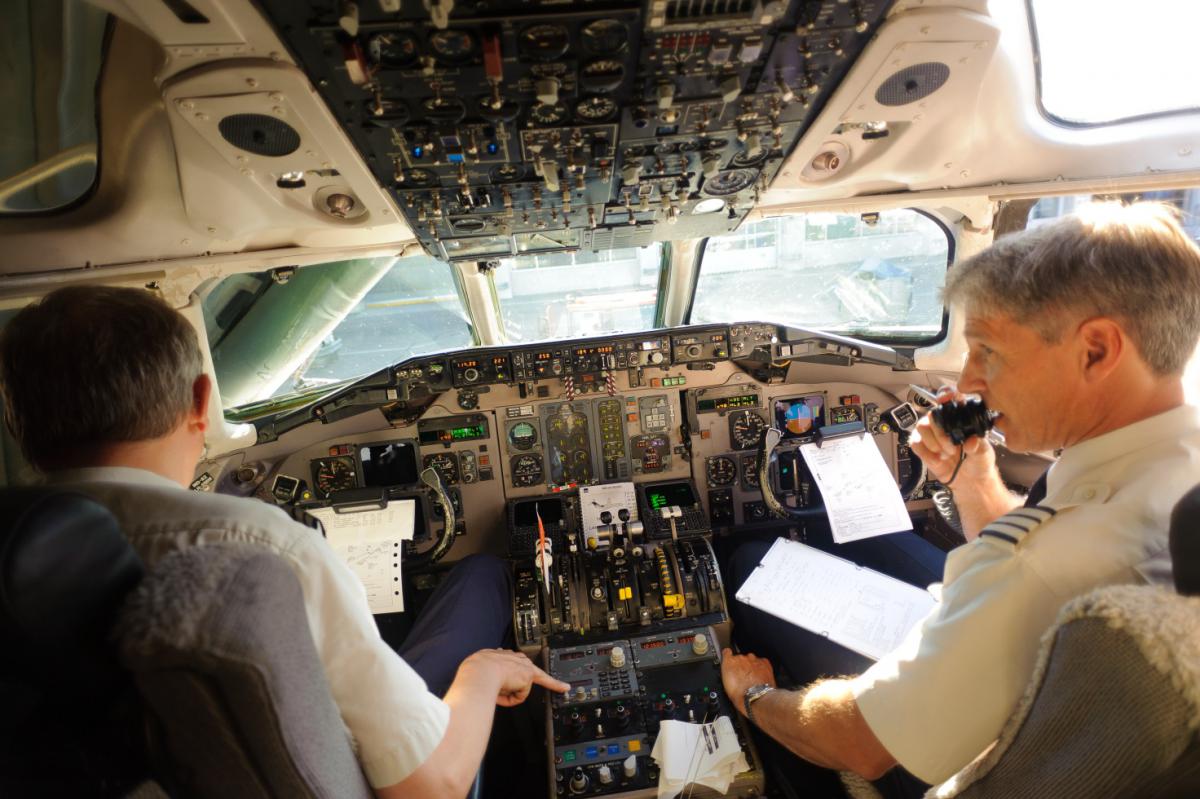 For pilots, it’s only natural to do their job as good as they can, trying to balance safety with economic and other factors in a rapidly changing and competitive environment. This balancing of interests inherently means that there will be mistakes, no matter how hard everyone is trying. The big question is how to deal with these mistakes.

During the development of the new Occurrence Reporting Regulation (EU REG 376-2014), a great deal of attention was given to “Just Culture”. To better understand this term it may be interesting to look at Just Culture from a different angle:

How ‘reasonable’ is just culture and, even more, what exactly is ‘just’ and what benefits can we expect from it?

Any deviations from the so-called normal operations are usually handled without any noticeable effect on the flight. The fact - that this, to a certain extent, may require deviations from written procedures - is accepted by all parties involved. It’s even stated in our manuals and the penal code: Nothing shall prevent the pilot in command to take any action he or she deems necessary {…}

On the rare occasions when things do get out of hand, it is a long accepted practice to launch an investigation to see what went wrong and, ideally, to learn from the event to prevent future occurrences. With the arrival of the new Regulation, and with striving for a just reporting culture, we have gone one step further. But is just really just?

There are more sides to the same coin

Crews, amongst other people, are now required to report more incidents than ever before to further enhance flight safety. When looking at this obligation from a crew's perspective, it’s only reasonable to assume that they would only cooperate if there would be no punishment. But is it that ‘just’?

The general public, on the other side, may be planning a holiday flight or business trip just a few days after an incident.  They will ask the most natural questions: What happened? Why did it happen? And how will they prevent future occurrences?

Or let’s look at an example where a pilot writes a report after being involved in an incident. He admits that the incident was caused because of serious rule violations in an attempt to get home early. The follow-up in this example might be different if we would know more about other circumstances. Maybe there was an important football match about to begin, maybe the wife of the pilot was about to give birth to a child… From one side, it is highly unlikely that anyone would write such a report if he or she knows there will be punishment. But on the other hand, would it be reasonable to expect that the person involved will NOT be punished just because he wrote that report? Would that be “just”? Always?

We could go on, adding more and more points of view, as aviation, and above all safe aviation, is a complex net. We could add the airline’s management, who would have their set of questions for such situations. And then we have the judicial world, which would bring on board the complex legal side of it.

There is no single answer

What is clear from these examples, however, is that ‘just’ cannot mean immunity. A filed report does not mean that punishment is never appropriate. A report can never be a ‘get-out-of-jail-free-option’ as there will be occasions where punishment is needed.

Things get even more complicated when we consider that each party has a very different understanding on what may or may not be acceptable. This was, in fact, one of the problems while drafting the new Regulation:  on one hand, there was the recognition of the fact that crews, or any other person affected by the regulation, will simply refuse to report if they are punished for each mistake. On the other hand, there is the very justifiable need to be able to punish hazardous behaviour. And this is the very reason why the Regulation added the definition of Just Culture:

“{…} a culture in which front-line operators or other persons are not punished for actions, omissions or decisions are taken by them that are commensurate with their experience and training, but in which gross negligence, wilful violations and destructive acts are not tolerated”

One of the great advantages of this explanation is that it allows both protection and punishment to be a subject to the rules within each state or organisation. But the main question remains open: Who decides what is ‘just’ and how do we benefit from this approach?

When crews feel free to report even the smallest of incidents, companies will not only be able to improve their safety level but it might also lead to economic gains.

Let’s see some further examples: given a company that is pleased that their pilots are frequently making go-arounds at a certain airport instead of continuing the approach. Obviously, a go-around is a safe option when needed. For the management, it is a much more economical option than a plane skidding off the end of the runway.

But what if crews would feel free to report that they are regularly deviating from procedures to meet their schedule? In that case, a minor adjustment to the arrival time may prevent having to make the go-around in the first place.

We need a culture change

It is clear that both examples can fall under a just culture. However, while the first airline sees only the surface, the second one opens the door for a feedback-loop that helps to find a cure for the situation at large.  But such a maturity of reporting system can only be reached if a company implements a robust, transparent and impartial procedure to analyse the events that occurred. In some companies, the analysis is already done by a group of experts including both company investigators and crew representatives.

Experiences have shown that this approach leads to trust from both the management side and the pilot community. Of course, writing such a procedure in a manual is not sufficient. It must be clear from daily practice that such a procedure is truly implemented in an effective way. In many cases, this attitude requires a real change in culture.

And to engrave a new approach into a long-standing culture will take time and effort; but once it happens, the result will be ‘just’ in the truest sense of the word.

END_OF_DOCUMENT_TOKEN_TO_BE_REPLACED

A „typical“ year for „atypical“ employment

Pilot Fatigue – To Report Or Not To Report, That Is The Question...