Election periods are always an appealing opportunity to draw the public’s and the media’s attention to issues that need that little extra push. It wasn’t any different in Ireland either, where they closed the polls just recently. And it is there where Norwegian Air International (NAI) – the Irish subsidiary of Norwegian Air Shuttle – couldn’t resist to give that push: they tried to spread the message of an allegedly ‘unfair’ treatment received by the non-granting of transatlantic traffic rights from Cork to Boston. Something, they should better not have done!


For over two years, the decision on granting these traffic rights rests with the US Department of Transportation (DoT). And there are good reasons for the DoT to have taken their time – despite a lot of pressure and lobbying from Norwegian.

The key question at stake is the form of employment that pilots and flight attendants are hired on: Instead of being employed directly by Norwegian or NAI, their ‘employer’ so far is a temporary contract agency in Singapore and their nominal “home base” is in Bangkok. In fact, while the airline operates flights out of Bangkok, our investigations revealed that the pilots don’t pay taxes or social insurance contributions in Thailand, nor do they have a work permit. As to the temporary contract agency in Singapore, this is just a typical “letterbox company” – where the standard European regulation to the crew is not applicable; thus basically saving the airline significant amounts of money.

But why such a complex business and contractual set-up? Well, the answer is easy: Norway has one of the highest social standards in the world. And the airline claims that this standard is incompatible with running low-cost operations in the Trans-Atlantic marked. The real reason, however, is to gain a competitive advantage and to underbid the market; all this at the cost of and detriment to the employees.

So why not try to find some cheap labour through countries – such as Thailand and Singapore – that do not have such high standards? At the same time, they still need an airline base in Europe, to make full use of the EU-US Open Skies Agreement. This is where Ireland comes into the game: the country was willing to accept this ‘creative’ and rather intransparent business set-up, to attract new business to Ireland even so the airline would not create any pilot or cabin crew job in Dublin, Cork or any other Irish place.

As the US DoT refused so far to take a decision on this business & employment set-up – due to doubts about the compatibility with the EU-US Open Skies Agreement –  the airline had to retreat to its “home country”, Norway. Since then, it uses Norway – and the AOC issued by Norway – as the platform for their operation across the Atlantic. And it does so successfully for over two years now.

Despite these successful operations, Irish election times came handy. Hence their much publicised statements, since last autumn, about their strong interest in operating flights out of Cork to Boston as of this spring. Crucially, they claim that unless the DoT took a positive decision on the traffic rights, they would not be able to start operations from Cork – much to the detriment of the Irish economy and passengers. And, of course, they found some Irish politicians that were more than willing to make their case in the public, as well as the Irish Aviation Authority which was keen to promote its own business case. The one question Norwegian could not answer, however, was: why can the Boeing 787s fly out of Oslo, Stockholm and London (and in future Paris) – using the AOC in Norway – but not out of Cork?

I leave the answer to you. But let me be absolutely clear here: aviation employees in Europe will not sit and watch “flags of convenience” and social dumping practices develop in our industry. We will not be silent, when we see quality jobs disappearing due to opaque practises and outsourcing to Asian low-standard countries, using fake bases and precarious contracts. And we will certainly not be silent when we think that the European Commission needs to do more about the legitimate interests of their citizens; which is, clearly, the case here! 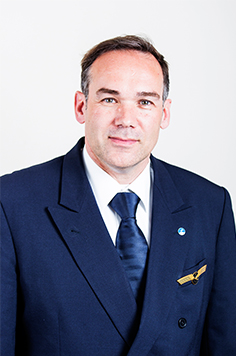 END_OF_DOCUMENT_TOKEN_TO_BE_REPLACED

Air Safety: See when the Iceberg is Approaching