Read ECA President's, Dirk Pollozcek, speech at the Hearing on Competition in International Aviation organized at the European Parliament on 22 December 2015: 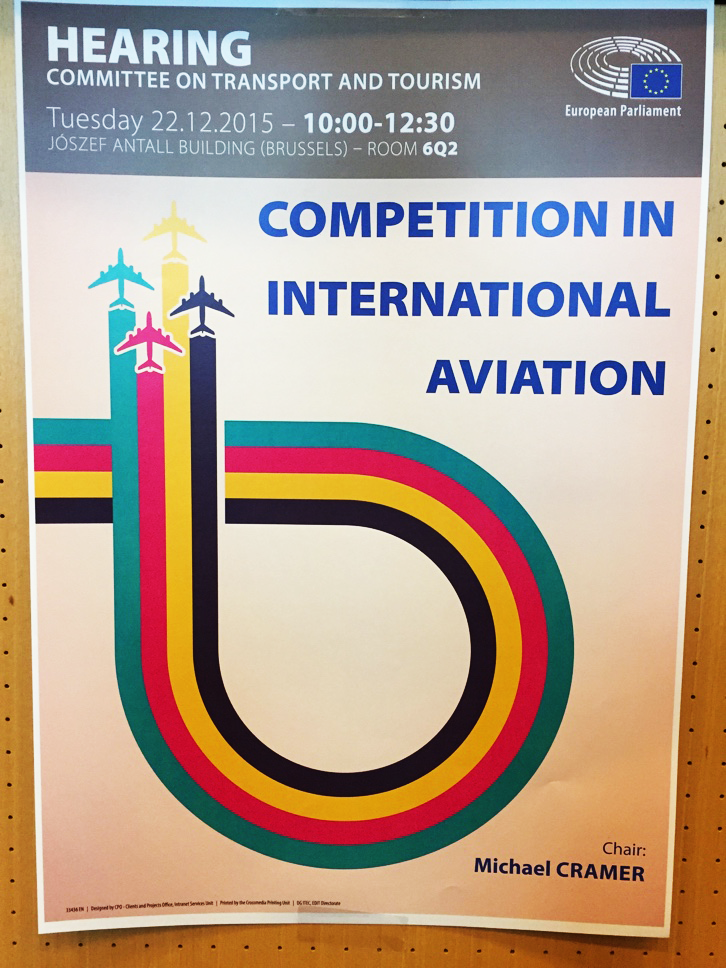 Dear Members of the Parliament, First of all, I would like to thank you for giving us the opportunity to participate in this important event – on behalf of Europe’s pilot community. Let me start my speech with a quote: “The Strategic Aviation Package … represents a significant ‘window of opportunity’ to strengthen the European air transport sector as an economic and social enabler, and a key driver of growth.” Well, that is exactly the way we see our industry: an enabler for growth and the creation of quality jobs. But unfortunately, this quote does not come from Europe, no – it comes from one of the big three airlines growing rapidly in the Persian Gulf. So, why do 3rd country carriers spread the message of strong European air transport? The answer is easy: they seem to understand the strategic importance of aviation! For sure it is a strategically very important industry. It provides connectivity, growth and jobs, and it links the EU’s export-oriented economies to the developing markets of this world.  The problem is that we see an undeniable imbalance in the intercontinental aviation market – and this to the detriment of the European air carriers. Let me give you some facts to support my argument here: 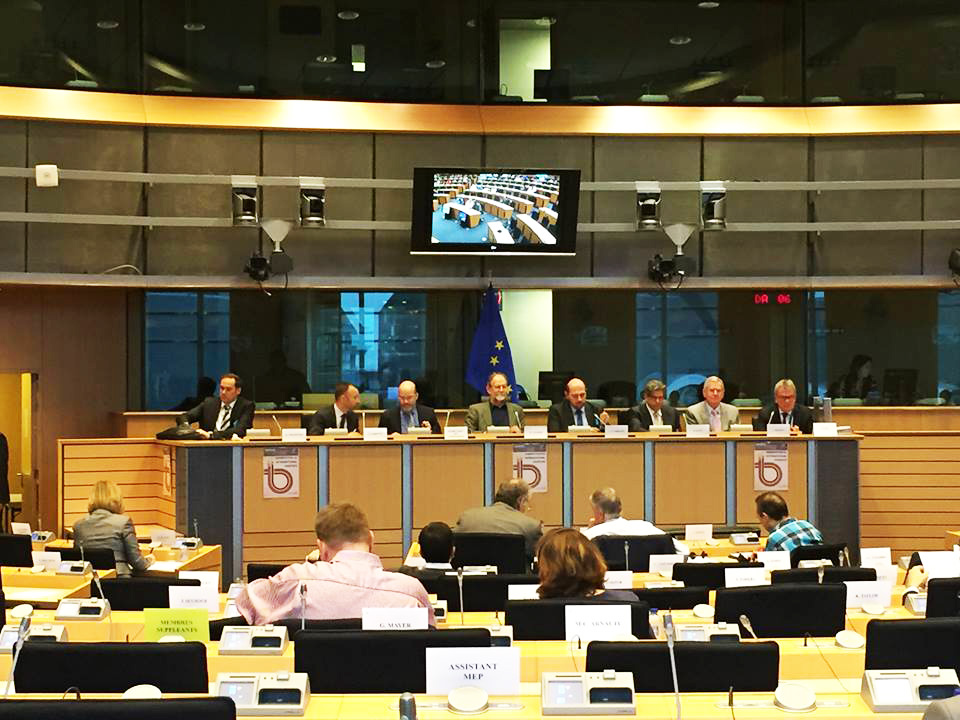 Let me be very clear: we believe that the European aviation industry does not have to fear any of the world-wide competition with other airlines. We – the European pilots – are absolutely in favour of fair & open competition. But we need a level playing field! Now, why did we actually take all the steps to liberalise our aviation market and prohibit state aid and subsidies, if now we give access to heavily subsidised & state-controlled airlines, which are part of a global geo-economic strategy of their owners? Why is competition with other regions of the world and their airlines so much less controversial, e.g. with the ASEAN states? By the way, the number of direct connections between those two parts of the world (EU-ASEAN) has fallen dramatically over the past five years. And this due to competition from the Gulf on these routes – where they don’t create new capacity but replace existing European flights. So I think we can say that our intercontinental connectivity is suffering already today. Another question: can foreign investment from the Gulf into Europe’s aviation be an option? Well, we already have some examples of such investments. And from what we see today, these investments generate no additional growth, nor connectivity, but uphold capacity in a market that already now has an over-capacity. And, rather than generating new jobs, in fact, jobs are actually lost today in Europe, as these investments mean that direct connectivity decreases and is replaced by indirect connections via the Gulf countries. And the consequences for our economies start becoming visible. As I mentioned before we need a level playing field to be able to compete with third country carriers. But how can we achieve that? First of all, it’s all about market access. Europe is a precious and huge market, 500 million Europeans want to travel and an even bigger number wants to see Europe and visit its sights & cities. But this market access can only be sold once. So we have to make sure that we achieve what we need by negotiating the right conditions. To achieve fair competition – and if the Commission is mandated to negotiate with the Gulf on behalf of the EU – we do need future Air Service Agreements to be absolutely watertight. This means what? 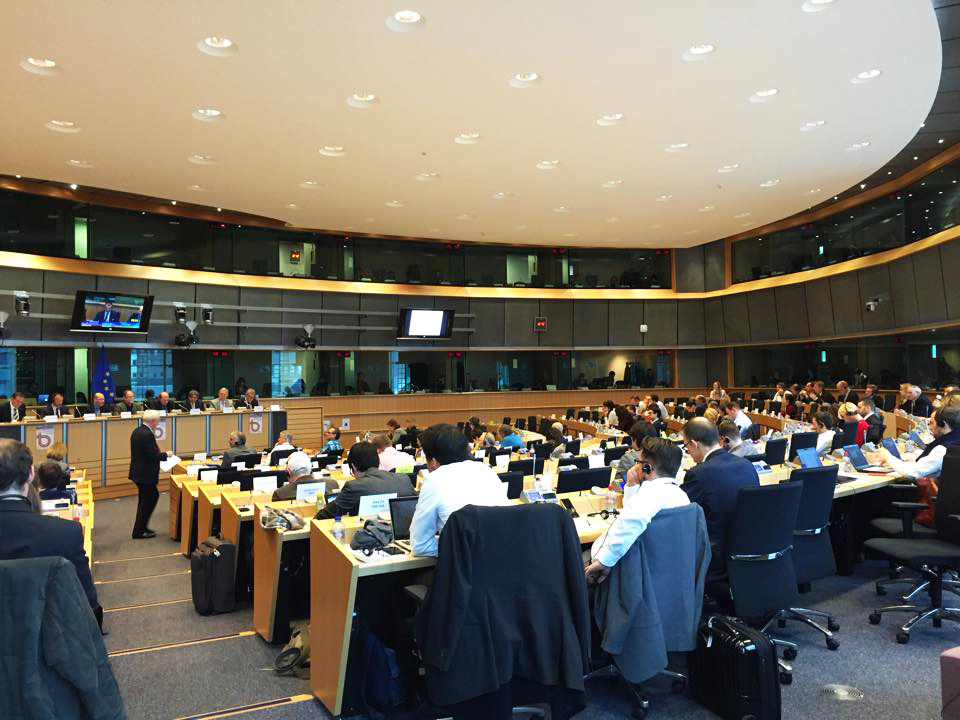 Shouldn’t we rather focus on sharpening our trade defence instruments, such as the EU Regulation 868/2004 on unfair subsidies from 3rd country carriers? It is a shame that the revision of this Regulation is not part of the Aviation Package, and we very much hope a concrete legislative proposal will be tabled very soon.

Finally, when it comes to Gulf carrier investments in European carriers: are these just Trojan Horses, aiming at pushing additional capacity into the European market? One thing is clear: Europe’s already very liberal rules on foreign Ownership & Control must not be relaxed – not even on a reciprocal and bilateral basis. Instead, they must be further strengthened to ensure that the ‘effective control’ of an EU airline is firmly in EU hands, rather than in foreign hands. Ladies and gentlemen let me stop here! One thing is clear: no single industry can compete without a level playing field. And this is where we need Your help. Thank you!

END_OF_DOCUMENT_TOKEN_TO_BE_REPLACED

“If you want to improve safety, let’s start working together" - Portray of Rudy Pont Pilot

A look back on 2015: An Intensive year (ECA Annual Report)