December kicked off with a rather hectic and promising agenda for European aviation. One of the highlights of the past week, along with the new European Aviation Strategy, is the EASA Aircrew Medical Fitness workshop that took place on 7-8 December in Cologne, Germany.  The well-organised event gathered over 130 stakeholders, experts and representatives from across the industry. Here, ECA General Secretary, Philip von Schöppenthau talks about a recent statement on Pilot Medical Fitness, what the major outcomes of the EASA workshop are and why Peer Support Programmes have to be the central pillar for any further actions

ECA, together with ESAM, EAAP, has just issued a joint statement to facilitate Pilot Medical Fitness. Why is this a milestone step in aeromedical assessments?

First, because this joint statement demonstrated that aero-medical examiners, aviation psychologists and pilots share many views and have the common goal of ensuring a long, fulfilling, healthy and safe pilot career. Based on this, our cooperation with ESAM and EAAP will continue for sure.

Second, because the statement acknowledges that mental health is an integral part of the overall health of a pilot and as such, it deserves more attention in the recurrent medical evaluation. However, we, ESAM, EAAP and ECA, also agree that a full psychological evaluation at the recurrent medical is neither useful nor cost-effective and thus, not warranted. So we say yes for more emphasis on mental health but no to recurrent psychological testing – unless, of course, there is a history of serious mental illness.

This joint initiative repeatedly stresses the importance of trust between aeromedical examiner and pilot. Why is it such a central element here?

Well, if there is no mutual trust between the pilot and AME, the pilot will simply not be open about his or her medical problems and will instead hide health issues in order not to lose the license. This is why ECA, ESAM and EAAP joined forces and produced a Leaflet on the Pilot-AME Relationship promoting trust and understanding. We do hope that this Leaflet will soon be in the waiting room of each and every AME’s medical cabinet in Europe.

But going further to answer the why-s: it is vital that AMEs do not consider their roles as ‘examiners’ whose purpose is to either declare a pilot fit or to take away the license. Instead, they should act as ‘advisors’ whose aim is to help the pilots in developing health promotion strategies that would allow them to keep their license throughout their career.

Is this feasible under the current setup?

It is a crucial question. AMEs need to have more in their ‘tool-box’ than the rather blunt tool of withdrawing a pilot’s license. They must be able to refer pilots with problems to Peer Support Programmes, counselling or any other forms of support instead of cutting their career. If both the AME and the pilots know that such support is available – and this is without the immediate jeopardy of losing the license and livelihood – pilots will definitely feel more comfortable to be open and come forward with issues before anything could turn into a potential risk to flight safety.

Just a week after your joint initiative, ECA has attended the EASA workshop on Aircrew Medical Fitness.  The ultimate aim of the 2-day stakeholder’s meeting was to discuss the Action Plan related to the Germanwings Task Force recommendations proposed in July 2015. What is the overall outcome of the workshop?

The main outcome is that almost all of the experts and stakeholders present at this event agreed that the issues at stake are too complex and too important to have them rushed through a ‘fast- track’ approach. If we would do so, the results can only be ill-informed decisions and short-cuts.

Are there any examples of such short-cuts?

One controversy arouse around the EASA proposal to use Germanwings as a ‘test-case’ for applying the new and completely untested fast-track tool of ‘Operational Directives’ (known as ODs). This has been heavily criticised by the workshop participants. In fact, just a few days before the meeting, the aviation stakeholders of the EASA Advisory Board (EAB) had sent a formal letter to EASA’s Executive Director Patrick Ky to complain about the use of ODs and the unnecessary ‘fast-tracking’ of the whole process. Let’s hope that EASA will listen.

During the workshop, Paul Reuter (ECA) was a panellist on Pilot Support and Reporting System, a recommendation linked to the Safety Management System and Just Culture.   What were the key messages and outcomes of this panel?

The key take-away for the panel – but also from the whole workshop I would say – is that Peer Support Programmes (PSP) will have to be the central pillar for any further EASA actions. Several speakers on this and other panels and also from the floor recommended PSP. They all considered it as the most suitable tool to address many issues, be it alcohol abuse, mental health issues or other psycho-social or work-related stressors.  And it is correct: PSP are there to provide support and find solutions and thus to prevent problems developing and getting worse.

Another advantage is that PSP helps companies save significant amounts of money regarding sick days, absenteeism, and lower productivity. This is also one of the reasons why programs like Mayday Foundation and others are widely supported by their airlines.

It seems that there is a strong and united approach in regards to PSP. Do you foresee any changes after the workshop?

Many, including ECA, called for PSP to become mandatory across Europe. It would be a sustainable solution, provided that these Programmes fulfil a number of essential prerequisites, be linked to a company’s SMS but run independently from the company, and they would have to be based on trust, confidentiality and the ‘safe-space’ concept. Seeing the dynamic engagement around this issue, I would expect PSP to get a boost from the workshop.

When it comes to the perhaps most delicate issue of Drugs and Alcohol Testing, what are the different views among the stakeholders?

Interestingly, the views on D&A testing were pretty homogenous. While almost everybody agreed that D&A testing may be useful at pre-employment stage, post-accident and upon a reasonable suspicion, there was also a strong consensus that random testing is not the right way forward as it is expensive, ineffective, prone to false-positives, and has considerable negative side-effects.

The only relevant ‘lonely voices’ in favour were the UK CAA who are keen to export their railway random testing scheme to aviation, and who were already isolated on this in the EASA Germanwings Task Force, and the association of German airlines; they obviously are under the public pressure in Germany.

Hence, the workshop’s message to EASA was clear: don’t spend time, energy and money on random testing, but better invest this in proper Peer Support Programmes. Let’s hope that EASA will not be tempted by political considerations or the desires to be seen to ‘do something’ to simply look good in the eyes of public opinion.

What are the next steps in the area of European Medical Fitness?

EASA will now assess the feedbacks received at the workshop and use it as an input to adapt its preliminary ‘concept papers’. These concept papers will either be issued just before Christmas or in early January and be open to a stakeholder consolation until end January 2016/ early February. EASA will then go through the stakeholders’ inputs to refine further and adapt the proposed actions and put priorities and possibly drop certain actions.

Based on this timeline, the Operational Directives may be issued in April 2016. But we very much hope that EASA got the message from the workshop participants and will drop this ill-considered idea. If so, then there might be a further Workshop, somewhere in May or June, to consult stakeholders on the proposed measures and related Impact Assessment.

What comes after is still to be seen. But we expect the development of regulatory material, best practices, etc. EASA’s aim is to complete the whole process by the end of 2016, but we think it’s better to take the necessary time than to rush things.

Are these action plans reasonable without the final Accident Investigation from the French BEA on Germanwings 9525? When is the report expected to be published?

Yes, this is indeed a good question. The final BEA report is expected for March 2016. Until then, we do now know for certain what actually contributed to the accident and where the loopholes were. Only once the complete report is published, we will be able to see as to what extent EASA’s analysis of the issues are in line with what the accident investigation shows, and where to focus our collective attention and actions. 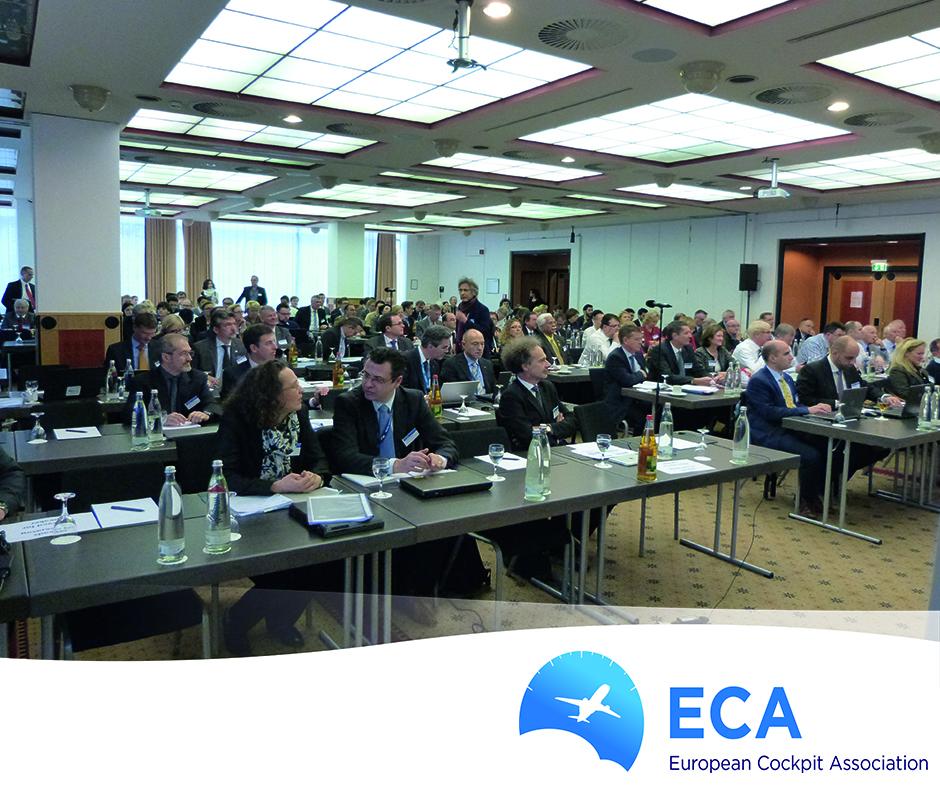 ECA at the EASA workshop on Aircrew Medical Fitness

END_OF_DOCUMENT_TOKEN_TO_BE_REPLACED

The Social Dimension of Aviation Package: Ambitious or Hollow?