It sounds like a dark comedy scenario - “Hospital investigating operation on the wrong knee” (De Standaard, 10 Nov 2015) - but unfortunately, wrong-site surgery still exists, despite continuous efforts by the medical community. “How is this even possible?” is the first question, with which we greet Rudy Pont at the ECA Office. Rudy gives lectures in hospitals on the use of deceptively simple tools such as checklists, and how these fit into the bigger Just Culture picture. For years, he’s been equally dedicated to flying as he is to promoting safety across different industries. 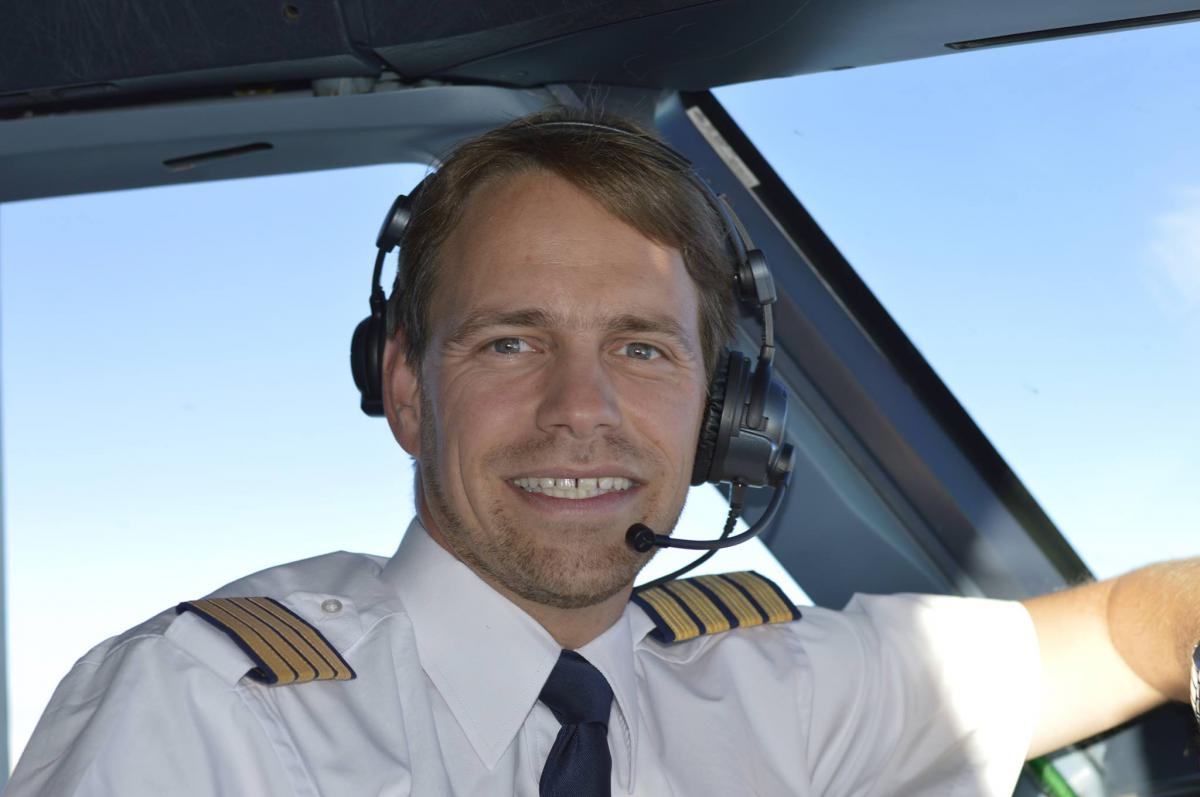 Rudy is a 38-year old Captain on A320 for Thomas Cook airlines. He jokingly compares the work he does for the Belgian Cockpit Association (BeCA) to a ‘Pay-to-Fly’ scheme: “I pay membership in order to work for the pilot association, but the team and the cause are great. So I am happy to do so.”

“I have been involved in (flight) safety, more or less since I started flying.” When not in the office or in the air, chances are big to find Rudy at some kind of aviation safety or human factors conference. Although this may sound boring to many, nothing is less true in his case. He gets excited about the subjects, the events and the essence - improving safety. According to him Just Culture is a key-ingredient to that cause. “Nobody comes to work to do a bad job”, he says. Therefore we should first of all focus on the context and only then on the ‘human error’. This is the only way to effectively promote safety reporting in aviation.”

He seems indeed dedicated to this mission. He remembers how recently a new company safety policy was printed on an A3 poster. “You could hardly read the text. This is a compliance document, not a policy. I almost shouted”. He cuts to the essence: “A safety policy should contain 3 items - everybody is responsible for safety; you will not be punished for honest mistakes; please report. That’s everything that should be on the paper.”

Now Rudy speaks from the confident position of a pilot and safety expert. But becoming one - a wish and dream he pursued for years - was one of the toughest stretches in his life. His pilot career start includes a string of unfortunate events that all left a mark on him and brought him a step further from his dream: failed medical, tough break-up on the eve before his tests with KLM, 9/11 and the bankruptcy of Sabena.

When we ask Rudy about his path to the cockpit, he starts: “I always had the intention of becoming a pilot. I started glider flying with the Belgian Air Cadets when I was 15-years old. I wanted to join the Air Force, but failed the medical test at the age of 18. That was a real blow.” “Since I didn’t have a plan B, I spent one year doing mathematics. During which, I got my Private Pilot License and registered for the KLM cadet program. Unfortunately I failed the attention division entry test. My girlfriend broke up with me the day before; that probably didn’t help.”

On top of that, times were changing. Commercial flight schools were selling dreams, but with no guarantees for future employment. So Rudy pursued a university degree in engineering. About a year after graduating and while working in an IT company, he got back into aviation, following a modular ATPL course. “I decided that if I was going to be a pilot, I shouldn’t wait until I turned 30”.

9 years later, he tells this story of bad and good timing, lucky coincidences and unexpected blows, with the confidence of a person who realises to have made right, mature choices in life.

The same confidence flows when we go to discuss his involvement in safety work. He wears several hats within the Belgian Pilots’ Association BeCa, Thomas Cook and ECA: Deputy Safety Manager, Flight Data expert at ECA, Flight Safety Officer. Once we cut to safety issues, he barely moves off the topic, quotes passionately Sidney Dekker and the pillars of Safety Management Systems (SMS) to illustrate his points.

Walking his own talk, Rudy habitually probes for how less experienced crew perceive safety in their job. A short turn-around, to him, is an opportunity to go to the aft galley, where less experienced cabin crew members usually work - and asks them if they identified any hazards in the last weeks or months. Often he gets a positive answer.

Rudy tells us how a purser told him about a new colleague lacking knowledge about basic emergency procedures. When he asked her why she did not report this issue earlier, the purser replied that she didn’t want to blame anyone. However when he asked if she would report, if she flew with the CCM again and the same problems surfaced, the answer was yes.

“Well, then the only reason for not reporting is your duty plan. If you don’t tell us, as a safety department, we simply don’t know what is going on.”

Rudy doesn’t shy away from sharing a serious incident in his company. During initial line training, instead of extending the flaps, a First Officer retracted them. Luckily the indications on the speed scale immediately indicated the misconfiguration, flaps were extended again and the approach was continued to a safe landing.

“The FO told me that when he was driving home after that flight, he couldn’t stop thinking that his career was over. However, the safety investigation concluded that he was insufficiently trained to check his action on the flap indication. According to him, he moved the lever and looked at the lever, instead of looking at the engine and warning display”. His mistake was identified as a no-blame error and the co-pilot kept on flying, thanks to the company’s Just Culture.

“A few years later I found out about three similar incidents which had happened before this one. I use this story in our SMS course. The guy did something wrong and he felt pretty bad about it. Actually, he still does. But as it turned out, he was not the only one making this mistake. Thanks to the investigation, internal training now emphasis on the need to ‘do and check’. If our company would have known about these other occurrences, they probably would have adapted the training beforehand and the incident might never have occurred.”

Rudy’s story sounds as one of the most common points we’ve heard from pilots - often after reporting an incident – feedback and/or data sharing is partial, insufficient, late or completely missing. “We’re going to hit a brick wall if we don’t give feedback to people. No feedback is ‘a killer’ for reporting”. Rudy clearly sees a need for changing things on both sides when it comes to Occurrence Reporting – both airlines and crews have to make an extra effort. “It’s a shared responsibility.”

Here he sees a role for himself: “Merely gathering data is not enough. The analysis is the crucial step in bridging the gap between what is happening on the sharp end and translate it to management and vice versa.” Rudy continues: “If your board makes performance based decisions, they’d better be aware of the stories behind the numbers. Things look very different from behind an office desk than they do on a flight deck in turbulent night conditions”, he explains. “Procedures are set up by decision makers that don't necessarily have adequate operational experience. That's why it's so tremendously important to keep in touch with the sharp end and realise the difference between work-as-done and work-as-imagined. A crucial part for me is to help the guys ‘upstairs’ to understand and appreciate what is going on in the real world. But also, to explain the guys ‘downstairs’ the reasoning behind some top level decisions.”

Rudy is a person cut out for this role: he is not afraid to speak loud and clear about safety - with his colleagues, with industry stakeholders, with decision makers, with airline management, with colleagues, with the judiciary, with authorities and hospital staff. His message is loud and clear: “If you want to improve safety, let’s start working together. We cannot afford not to speak up if we want to understand each other’s context. Communication is key, because people are safety!”

Check out our video with Rudy Pont, where he elaborates on:

"Safety is everywhere. Also in the details"