If you ever thought that aviation is protected against ‘mala fide’ management and practices. It's not. | European Cockpit Association (ECA)
Skip to main content

The pilot profession has often been glorified as one of the most prestigious: high pay, professionalism, respect, high social status. The qualifications and skills required to become a pilot, and the enormous responsibility they carry, somehow, let us think that aviation – and its employees – are protected against mala fide management, exploitation and bad labour conditions. Well, they are not. Pilots have not escaped the perverse logic dominating the entire industry – cheap, cheaper, cheapest, and if possible – for free. 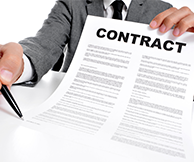 In fact, an alarming number of pilots are working with no direct link to the airline they actually fly for, with some airlines – especially in the low fares sector – drawing significantly upon a ‘casualised’ workforce. This is one of the conclusions of a new study, carried out by the University of Ghent (Belgium) and funded by the European Commission, which was presented at a 2-day conference in Paris. These results come as no surprise.

It is clear that the surge of cheap, casualised pilots has exploded. It could be cheap labourfrom outside the EU (e.g. Asian crew on Norwegian) or young pilots, newly graduated, lacking flight experience, yet fully motivated. So motivated that a majority of them will agree on taking any pilot job just to repay their pilot training loans, which they took to finance their training. And here, the study debunks another myth: that of “pilot shortage”. The situation for young pilots is that bad because the number of pilots increases while demand weakens. This is pretty common nowadays. But that is not all.

It is even cheaper if you do not really employ these young pilots. 40% of 20-30 year old pilots are flying without being directly employed by their airline. Instead, they are required to become self-employed and provide ‘service’ – flying an aircraft – for an airline. Or these young pilots ‘choose’ to set up their own, e.g. limited liability company. This entrepreneurial status is being currently ‘enjoyed’ by hundreds of European pilots. They ‘enjoy’ taking care of taxes and social security, having no sick or holiday pay and working on zero-hours contract with no minimum hours and pay guaranteed… Why not? More than half of pilots which filled in the survey working at Norwegian, Ryanair, and other smaller European discount carriers have been hired under similar arrangements.

The cheapest is if you – the pilot – actually pay the airline to fly their aircraft. In some companies the most expensive seats on a plane are the ones in the cockpit. Faced with the difficulty to find a job, young pilots end up subsidising their employer, e.g. by paying the airline to gain flight experience (“pay-to-fly” schemes). 30. 000- 50.000 euro for type rating, in addition to an already big debt, is a reality for the majority of young pilots. This financial exploitation existed before but it is growing exponentially in numbers and in virulence.

Putting aside the fact that some airlines are dodging taxes, social security and labour regulations, such “atypical” employment raises serious safety concerns. If one pilot fears losing pay or even his/her job for taking safety decisions, we face potentially hazardous situations. First however, decision makers must accept that this trend must be stopped. As the Ghent University researchers put it in their report “It’s 5 minutes past midnight”.

Want to know more? Join us on 27 March for an informal briefing at the ECA office in Brussels.