We meet Paul at the ECA headquarter as he arrives at the monthly Board meeting. He is in his usual great mood and hands over a cup of cappuccino: “Just to start the morning well!”

Paul Reuter flies for over 20 years now and currently cruises a Bombardier Q 400 at Luxair. He fell for aviation as a kid, but he only decided to give it a try for good after a short detour in his interests and thus, got his first job a little later than his fellows, only at age 25. But since then, he lives and breathes aviation and before we get to the serious talk he shares his favourite flight anecdote: 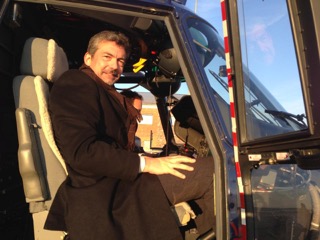 “I was a young co-pilot with that old-fashioned, very experienced captain flying over Biarritz as I hear him giving information to the passengers: ‘and now we’re about to cross the Alps.’ And I was like, ‘well, this isn’t the Alps, Sir.’ But his answer was like ‘no-no, it is the Alps, there’s snow on top!’

This, apparently, does not reflect so well on our industry, but it was 20 years ago, and just shows how things are different now. We both laugh.

And it seems that things are indeed changing, but are they for the best? The father of two is hesitant as he answers whether he would support his kids to become pilots. As he says “I would obviously support them in everything worthy that they chose to pursue in life so, including, to be pilots. However, I do think that, at the moment, the outlook for pilots - though still an exciting job -  is not that encouraging. I would not want to start today.”

Why? Comes as the most natural question for Paul’s comment and he is quick to explain:

“When you see what is going on in the industry – the very creative employment schemes, how people have to pay for flying and working - I don’t know, I have the impression that we are leaning towards a modern slavery just because it is a still a profession that people are dreaming of joining.”

Would it be that the industry is somewhat misusing the passion of the people, who no matter what would sit in the cockpit? “Passion is only one side of the story,” he explains, “the other is that whatever the image is about piloting, this job is first and foremost a highly critical safety profession with high responsibilities that you have to bear daily.”

It is palpable that such as so many other pilots, Paul is clear: aviation is not about simply filling in a cockpit seat to make a plane fly. But rather, it relies on safety-conscious, well-trained pilots, who have the passion but who are also willing to endure responsibility.

“But this somehow gets lost today and passion is taken for granted while everything else is outweighed by financial pressures.”

It makes us wonder whether this shift brought a change also to the definition of a good pilot? “I don’t think so. As the profession, no. It is still the same. You need the same physical and mental readiness.” Paul describes that this profession has certain unchanged basic traits, such as having fundamental principles, taking responsibility, and be willing to accept that and not give in to outside pressures. What obviously changed, however, is the presence of automation. Thus, today they often see pilots as mere “system operators.”

“To a certain extent, of course, we need to change because the necessary skill set has changed. But as long as the responsibilities do not change, the needed traits of a good pilot won’t change either, and that is to understand what is happening, be able to adapt, to be able to make a quick and the best possible decision.”

We lined up so many characteristics here, but wonder what is that one thing that differentiates a good pilot from an excellent pilot?

“Honesty – because this is a profession where you can’t fake it” comes to the answer naturally.

This is a rather unheard approach, so we request some clarification: “If you lie, it becomes dangerous. You need to be brutally honest with yourself: that if you make a mistake, you need to admit it, be aware of your shortcomings. This awareness keeps you away from doing something foolish. There is no place for pretenders.”

We are convinced. After all, honesty is not only the keyword for Paul, but it is also the cornerstone of the New Occurrence Reporting Regulation and the new safety reporting Just Culture concept. It is no secret: during 20 years, incidents or accidents inevitably happen, but how can pilots apply the rule of honesty when it comes to their own report writing? Here are Paul’s views on it:

“Luckily, aviation is very safe, and a lot of it has to do with technological developments. But whatever we do the human is still central to this tremendously complex industry. And even though humans will make mistakes, they also have this incredible capacity to adapt, to learn from experiences, have intuitions, and seek solutions swiftly. Humans are the most valuable part of the aviation chain.”

But Paul goes deeper and quickly explains the full circle: the system needs mistakes because it is not perfect and it can only evolve if there is feedback input to it: the good and the bad, from the something-almost-happened to the something-actually-happened.

Thus, the system heavily relies on the inputs from humans. Their reports allow the industry to identify the loopholes, and that is not necessarily going to be the human itself. The human failure might be only a symptom of another failure. And this is where honesty comes into play: “Because no matter how hard you try, you will be making mistakes, and you will need to admit them, and then share it, and put into the system” inserts Paul firmly.

So if all pilots agree that they are humans with good intentions but with natural likelihoods to make mistakes, why is honest reporting still a black cloud over the industry?

“The greatest obstacle here is simply habitual. In any society that has multiple individuals in it, to work, you need to have rules. And if you have rules, you also need punishment when someone goes out of the rules.”

This makes sense. We are raised from the very early age to perform to our bests. Otherwise, we are punished. But how does this look in aviation, can you punish a pilot to be human?

“We found that in aviation when you put people in this complex system, where they need to process so much information, despite their motivation and talent, they will not be able to take the right decision all the time, and they’ll make mistakes. Adding a retribution pressure to this would just simply backfire.”

But at this point, we challenge Paul and ask him the direct question: do you always report your mistakes?

“Yes. I had my shares of incidents, and I was always very straight-forward about my actions and the possible mistakes. But I also always had the impression that I can stand up to my actions without the fear of repercussions.”

And with that, we arrive at something vital. Something that the industry calls the Just Culture; it is often cited, written in the new regulation, but as Paul says: “the industry needs a shift in the mind-set and for that the words on paper won’t be enough. “ He is not alone with his view. Throughout, our pilot interviews, we heard the same answer:

‘Just Culture needs to go beyond the paper definitions and start its own life. We need to believe in it, and we need to live Just Culture every day.’ 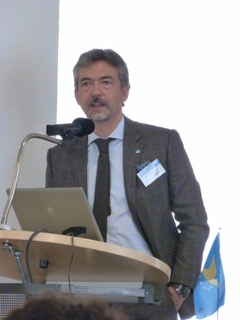 And indeed, there is something intangible about Just Culture that makes it difficult to measure and often, even to relate. “I like to call it the ‘atmosphere of trust.’ It is a feeling, something you need to create.”  So we are quickly run over the most used words here: honesty, trust, respect. Strong words depicting strong bonds and intentions.

Yet, looking at the European spectrum, it is easy to see that practicing Just Culture is at very different maturity levels. Part of the solution, as Paul argues, is to have role models on both sides: “no matter if you are a captain or a manager, you need to walk the talk from the way you are.”

However, this might not come easy to an industry that is under more and more commercial pressure and when a cost-conscious approach stands in front of this somewhat “esoteric approach of Just Culture,” people automatically take a step back.

“All that was beautiful in this industry is now reduced to commercial needs, “ adds Paul. But this depicts a rather negative outlook and poses further questions: Would pilots not believe that there is a chance for a minimal level of Just Culture in Europe? “No, far from it. We must be very optimistic. Otherwise, we can’t do it.”

What Paul brings here is another interesting view arguing that whether the industry achieves a European standard or not is secondary. What is more important is that it tries! And, once again, it’s easy to accept why: such as in another segment of life, we can’t change everyone. But we still do what we believe in, don’t we?

“It will have drawbacks, but in the long term it will bring economic and social benefits; it is a worthy fight. We should not stop doing something just because it is challenging.”

Paul, however, is not only answering our questions as an active pilot, but also sits around the round-table discussions since 1996 offering his know-how, experience, and valuable views to the industry. Today, he acts as one of the two Technical Affairs Director for ECA. And while he tries to joke about how it feels to have an impact on his fellow’s life in aviation, his humbleness is profound:

“I hope I am not screwing up too much. But seriously, it is fantastic. You can see that you can create and change things on an international level and you are taken seriously. So it is an absolute responsibility, and I am absolutely humbled by this opportunity, and trying to live up to all expectations.”