If you are on social media, chances are that you will see a post or infographic about the success of the internal EU Aviation Market. Part of a campaign by the EU Commission, you will hear about low ticket prices, increased connectivity & business opportunities. While this is indeed a story that needs to be told, there are other – less successful but equally important – stories which deserve attention.

We decided to give voice to those untold stories. Read them, share them and share your own via #euaviation25

#EUaviation25 is a success story for airlines and customers. Let’s make it one for the employees, too

“Despite a huge growth in traffic, the number of pilots and cabin crew in Europe has hardly changed since 2010.

Studies show a spectacular 43% increase in productivity between 2000 and 2013:  bigger workload for almost the same number of people. 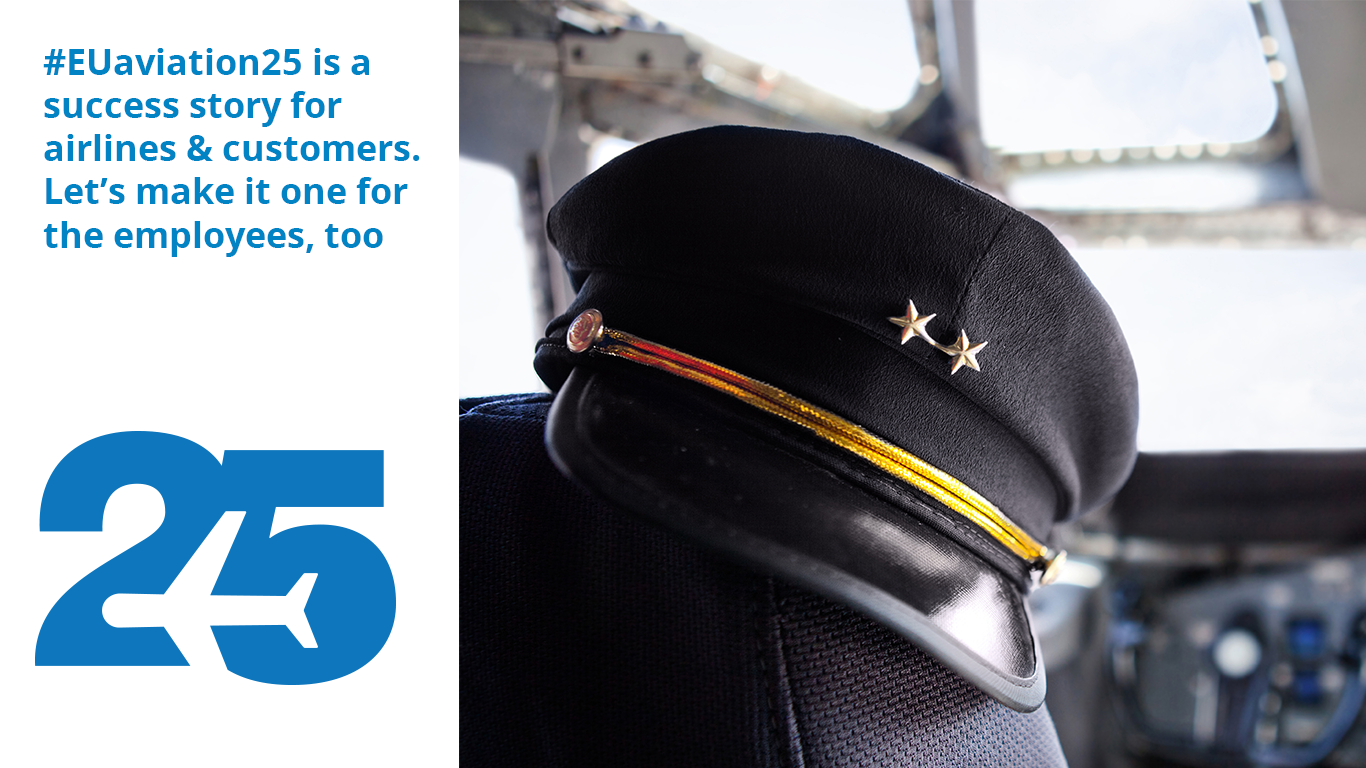 As President of ECA I have seen many airlines restructuring or going bankrupt:  Cyprus Airways, Malev, Czech Airlines, Maersk/Sterling, Olympic Airways, Air Lat, Spanair, Romavia. With them many European jobs disappeared. SAS, TAP, British Airways, Iberia, Alitalia, Air-France and a long list of other carriers have all restructured or underwent severe cost-cutting. Unfortunately, quite often to the detriment of their employees.

The number of pilots working with atypical contracts has not ceased to increase. So, yes, European Aviation is a success-story, for airlines & for customers – it is time to make it one for the employees, too!”

Aviation industry in smaller European countries suffered a lot, leaving many with no jobs #euaviation25 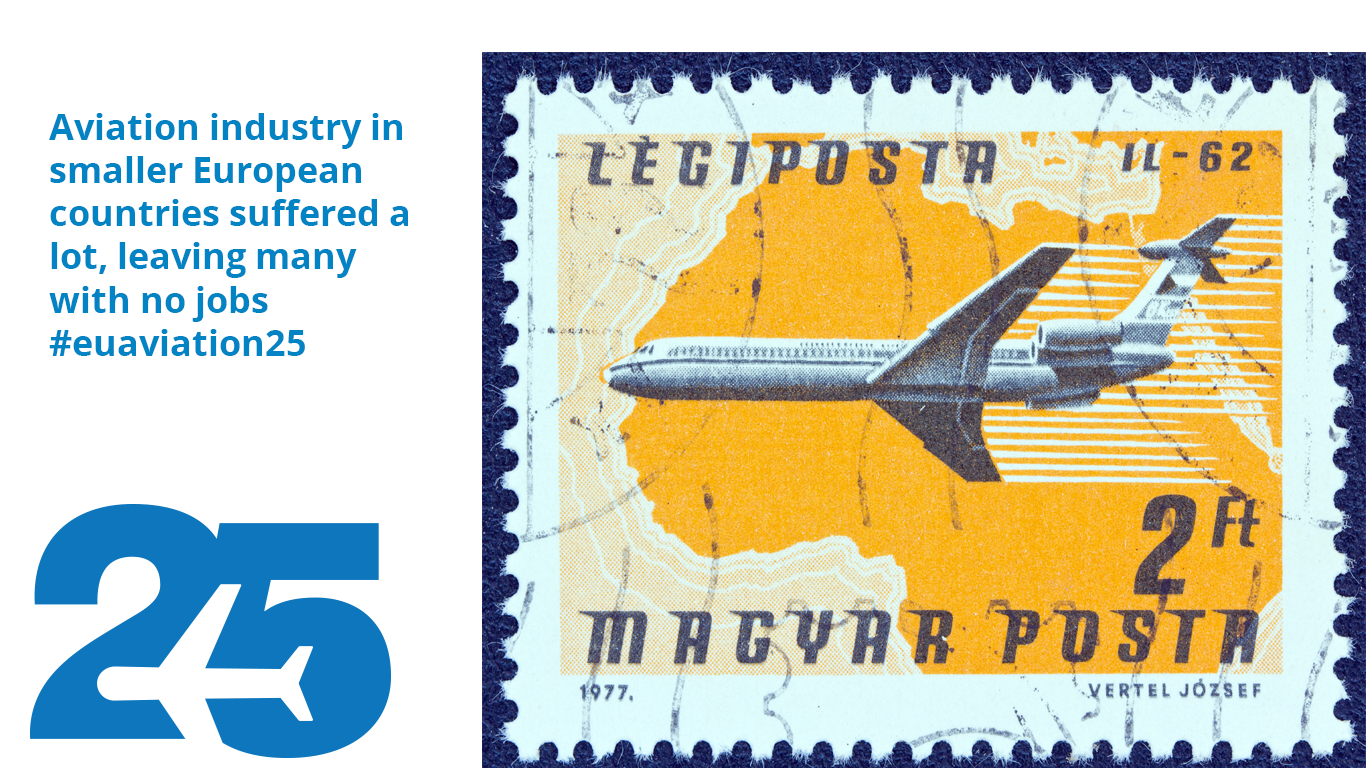 “Being a rather small country in Central Europe – Hungary – nobody intervened to prevent our flag carrier Malev from going bankrupt. Another company will come and replace it, they promised. Today, only the low cost part of Budapest airport is open and our international connectivity decreased significantly. The crews that used to work with local Hungarian contracts now work mainly in the Gulf or in China.

Some pilot jobs exist in Budapest under unstable temporary agency contracts for low cost carriers that filled the vacuum. The only ones ‘interested’ in our aviation industry are Gulf carriers. They will use our airport to take passengers from European carriers, thanks to the subsidies and oil money that those carriers receive from their governments.” 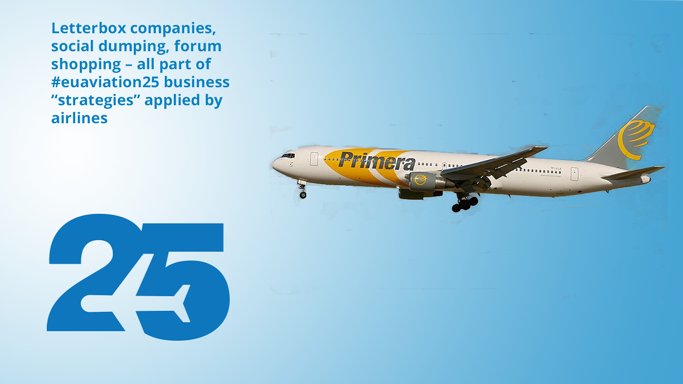 The Internal Market is essential for airlines that want to cut costs through forum shopping. I work in Malmö (Sweden). My company decided that it would save money if I were a self-employed Latvian pilot... So they opened an office in Riga. My work hasn’t changed.  I still work in Malmö and my company does not have any flights from Riga. But I am not a direct employee anymore: my colleagues and I are now hired through a Guernsey-based temporary agency with rock-bottom conditions and with no fixed home base in the contracts. This is known. But nobody does anything about it. This is forum shopping and social dumping at its best. And it is possible because of Europe’s Internal Aviation Market.

Flight schools continue to churn out pilots at an unprecedented rate, despite the lack of jobs. Good for business? 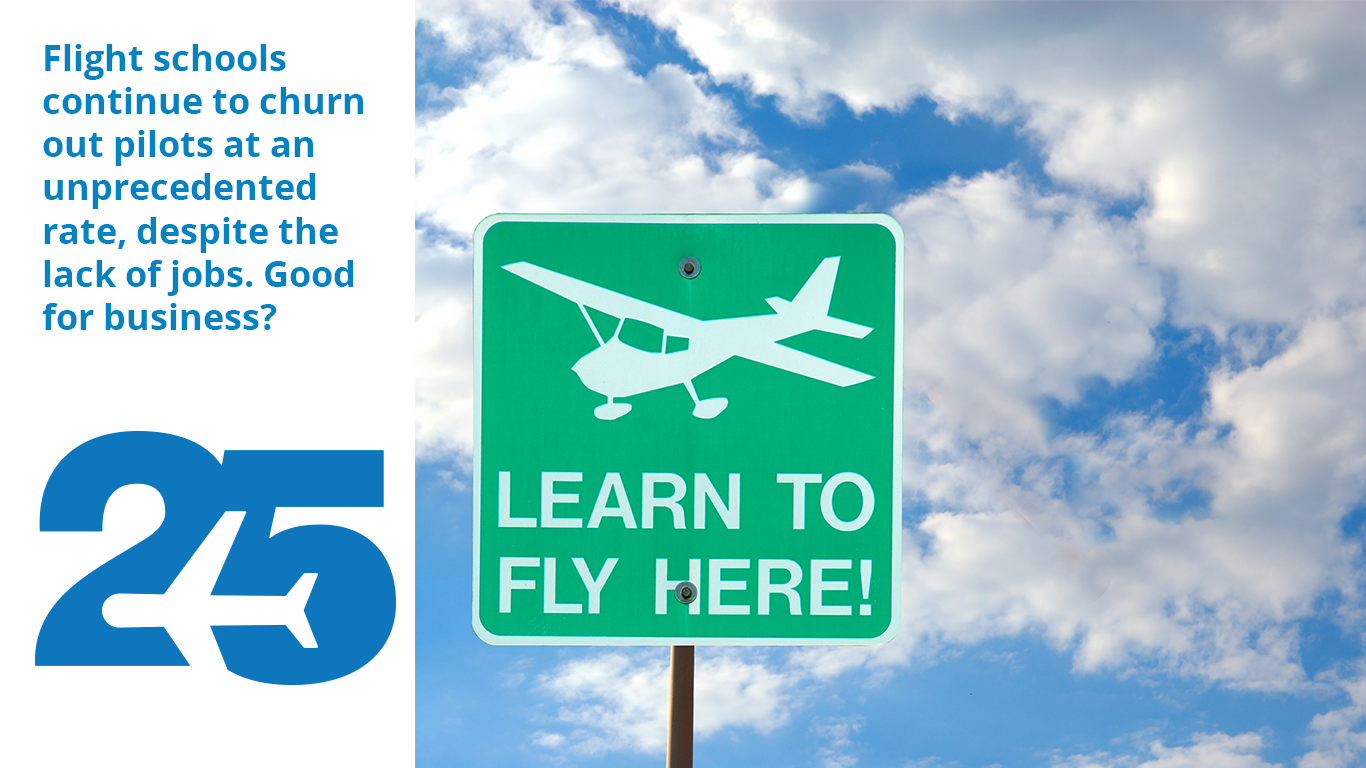 “I paid my own pilot training in one of the many private flight schools that have flourished since the liberalisation of the EU’s Internal Market. It cost 110.000 EUR. Then – to find a job – I was told everywhere this wasn't enough. I was offered Pay-to-fly – paying additional 20.000 EUR to work. Even this doesn’t guarantee you a job afterwards. Flying was my aspiration. It took me 7 years to exit the nightmare.”

EU air cargo industry transformed into a playfield for the US cargo giants. #euaviation25 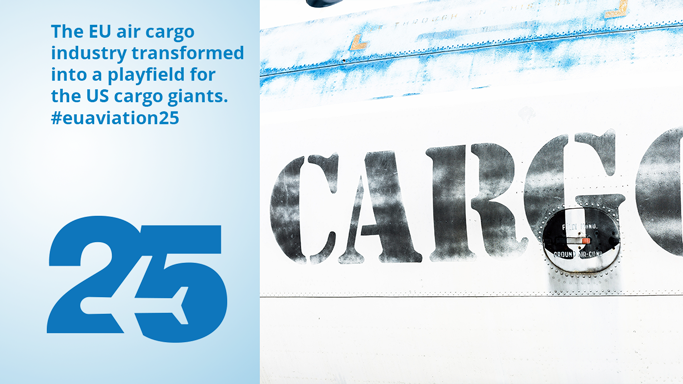 “I used to work for TNT, a Dutch company based in Liège. Fedex, an American company, has taken over and will now fly the most profitable intra-European routes I flew using something called "virtual traffic rights." The US administration does not allow this in the US. On the contrary, they have demanded – and are about to obtain – an unrestricted right to rent aircraft with crew to operate in Europe and take away even more European aviation jobs. Europe is pioneer in the modern world: America First!” Didier Moraine, Pilot

“Norwegian Air international was born from the opening of the European skies. In Norway, it was forbidden to hire third country nationals without work permit on board of Norwegian aircraft. Easy! They opened offices in Ireland, where they did not have any flights, to obtain an Irish operator’s license and to be able to avoid Norwegian labour law. Their crews work through a Singaporean temporary agency and are based in Bangkok, even if they fly mostly from Europe. Since then, Norway has changed its law to allow the hiring of third country nationals. This is part of Europe’s Single Aviation Market: cutting on social protection, on European jobs, and promoting the establishment of Flags of Convenience – like Ireland.” 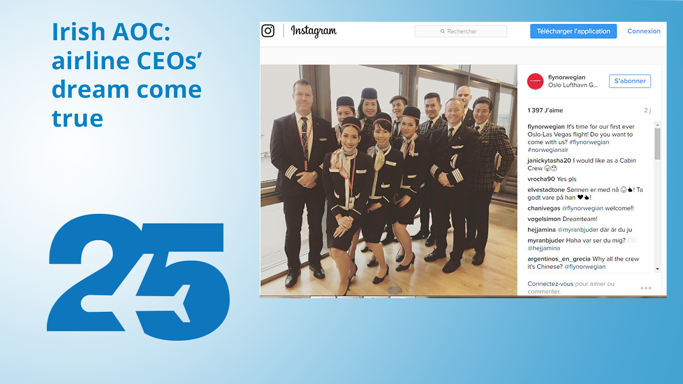