A crew of two or just too few? | European Cockpit Association (ECA)
Skip to main content

There are no two opinions when it comes to the challenging nature of HEMS (Helicopter Emergency Medical Services) operations. Helicopters are difficult aircraft to fly, but HEMS operations are even more challenging. They are performed at low levels and outside controlled airspace at off-field landing sites, often without radar coverage and difficulties related to the operation type itself. This is why the general rule – underscored by a set of EASA rules – is to perform HEMS operations at night with a crew of two skilled, well-trained and alert pilots. With one exception: “Specific Geographical Areas” where a single-pilot operation with the assistance by an on-board HEMS technical crew member is allowed under certain circumstances.

But one question remains to be settled. What qualifies as a “Specific Geographical Area” (SGA) and can an entire country of e.g. 357,021 square kilometers – the territory of Germany– be “specific” enough for a pilot to be well familiar with typical landmarks and local meteorological conditions? 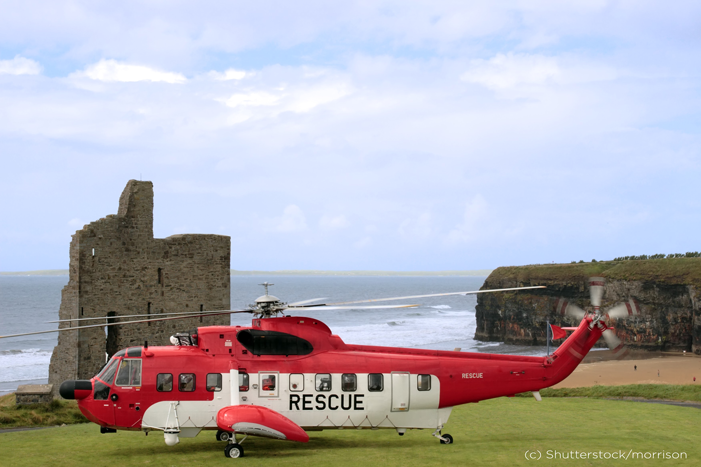 The concept of Specific Geographical Area has been established to allow single pilot daytime operations to return to their base after sunset. It is also clear from the guidance material that if the cultural lighting and topography would require instrument and control monitoring, operations have to be conducted with two crew members. Having a trained second crew member helps to mitigate some of the major safety issues for night flying – e.g. loss of control in flight, controlled flight into terrain and spatial disorientation.

However, several countries have recently defined such broad “Specific Geographical Areas” that it goes diametrically against the spirit and the letter of EASA’s Regulation on Operations (365/2012). For example, Switzerland issued approval to use the whole territory of the country plus the southern part of Germany as an SGA. As a consequence Swiss HEMS helicopters can operate in this area with a single pilot at night. This set a precedent: Germany and Austria followed suit and extended their SGA over their whole territory as well.

An SGA extended to a whole country will always include large areas where relying on visual landmarks at night will be difficult – if not impossible –especially when a flight is conducted under minimal visual conditions. Whereas the SGA is a specific concept and not intended to open the airspace for general single pilot-night operations, the lack of clarity as to what could be defined as an SGA leaves too much space for misinterpretation and, ultimately, misuse.

ECA’s latest position paper warns against this tendency and urges EASA to clearly define the term “Specific Geographical Area”. Equally important, it calls upon local authorities to take measures and reduce SGAs to a maximum of 50 to 70 NM around the bases – a realistic and safer range for a crew of less than two.