This page is part of an ECA archive on FTL. For more recent content, visit our campaign page on Pilot Fatigue.

Flight and Duty Time Limitations (FTL) aim at ensuring that pilot fatigue does not endanger flight safety, i.e. the lives of passengers, crews and the general public underneath the flight paths.

Since the 1944 Chicago Convention, it has been recognised that pilot fatigue (due to long duty hours, insufficient rest/sleep opportunities etc.) can pose a risk to the safety of air operations. This risk needs to be controlled by the means of Flight Time Limitations (FTL):

1944 Chicago Convention (Annex 6, 9.6.) "The State of the Operator shall establish regulations specifying the limitations applicable to the flight time and flight duty periods for flight crew members. These regulations shall also make provision for adequate rest periods and shall be such as to ensure that fatigue occurring either in a flight or successive flights or accumulated over a period of time due to these and other tasks, does not endanger the safety of a flight.

From 18 February 2016 Commercial Air Transport operators of aeroplanes will need to have transitioned to EASA Subpart FTL. Operators can transition before this date and most major airlines plan to transition by October 2015 for the start of the winter season.

Further guidance materials and supporting documents on FTL are available:

However, the following groups are currently exempt from the regulations:

Fatigue in the Cockpit Today

Despite scientific studies showing that fatigue could jeopardise the safety of air operations, data about the prevalence of fatigue across Europe is scarce. Yet, a 2010-survey by the Norwegian public service broadcaster, NRK, revealed that half of the pilots have fallen asleep or dozed off while on duty, with almost 4 out of 5 pilots stating they have felt too tired to be in the cockpit. Following the example of NRK, ECA Member Associations took up the challenge of surveying thousands of pilots across Europe. The results, gathered in a ‘Barometer on pilot fatigue’ confirm that pilot fatigue is common, dangerous and an under-reported phenomenon in Europe.

Such under-reporting of fatigue has been confirmed by an independent survey of 50 UK Aviation Medical Examiners (AMEs, i.e. the doctors who regularly examine pilots)in April 2011. 80% of the AMEs surveyed believe fatigue is a medical issue and mention fatigue is known to reduce the physical and mental ability to operate safely. Previous studies have shown that fatigue affects cognition and leads to an impairment of performance, which is difficult to self-assess. Yet, more than a half (52%) of AMEs think that it is unlikely a routine medical check would pick up on pilots suffering from fatigue.

These surveys show that already today there is a fatigue problem in Europe’s cockpits and they do confirm what scientific research has established: Today’s FTL rules are insufficient to protect against fatigue, and strict rules are needed, based on medical and scientific evidence.

It has long been established that pilot fatigue can present a risk to flight safety - a risk that needs to be managed at company, national and European level (see also "Proof that Fatigue Kills" - PDF).

Safety experts reckon that pilot fatigue contributes to 15-20% of fatal aviation accidents caused by human error. They also establish an increased probability of a human factor accident the longer pilots are on duty, especially for duty periods of 13 hours and above (see following statements):

"It is estimated (e.g. by the NTSB) that fatigue contributes to 20-30% of transport accidents (i.e. air, sea, road, rail). Since, in commercial aviation operations, about 70% of fatal accidents are related to human error, it can be assumed that the risk of the fatigue of the operating crew contributes about 15-20% to the overall accident rate. The same view of fatigue as a major risk factor is shared by leading scientists in the area, as documented in several consensus statements." See Akerstedt, T., Mollard, R., Samel, A., Simons, M., Spencer, M. (PDF) The role of EU FTL legislation in reducing cumulative fatigue in civil aviation.

Recent examples of pilot fatigue endangering the safety of passengers are the serious incident in Iceland (in 2007 – see next subsection), the Colgan Air accident in the US in 2009 (50 people killed – see America Acts on Pilot Fatigue) and the Air India crash in 2010 (158 dead).

One of the examples of accidents/incidents in Europe where pilot fatigue was to blame is the serious incident at Keflavic airport (Iceland).It happened with 188 passengers on board, after a flight duty period of 17:20 hours and at a time when the pilots’ “body clock” was programmed for sleep (at 01:55 in the morning) and when they had been without “restorative sleep” for more than 19 hours.The Investigation Report identified pilot fatigue and inadequate in-flight rest facilities as key factors contributing to this incident, and made several safety recommendations addressed to the EU Institutions. All of them focus on ways to better prevent pilot fatigue, among others calling for EU legislation to take into consideration “scientific recent research, scientific evidence, and current industry experience”.Read more details on this safety incident.Read a copy of the Investigation Report.

What Are the Rules in Europe?

Despite their importance for aviation safety, European flight time rules did not exist until recently. It is only since July 2008, that EU Member States must respect the “EU-OPS” Regulation’s Subpart Q (in Annex III) that regulates Flight Time Limitations (FTL) for air crew.

With this EU-OPS Subpart Q, the EU introduced, for the first time in history, a harmonized, legally binding minimum set of FTL safety rules aimed at preventing pilot fatigue across Europe. While individual EU countries can apply stricter FTL rules at national level, they are not allowed to go below the minimum set by EU-OPS, unless they apply for a specific derogation.

In addition to the legal requirements, Collective Labour Agreements (CLAs) at company level often include FTL provisions, specifically tailored to the conditions of that company. These CLA rules cannot set lower safety levels than EU-OPS, and in most cases they actually provide for stricter FTL provisions than the national laws or EU-OPS. They therefore provide for higher safety levels than required by law.

While setting a minimum safety level, Subpart Q is by no means ideal. Its main weakness is that it has never been subject to a scientific and medical evaluation. Hence, Subpart Q’s provisions are not based on sound scientific evidence as to their ability to prevent pilot fatigue. This is a major weakness, as it means that today’s rules do not ensure passengers can enjoy highest, scientifically supported safety levels when boarding a European airplane.

Also, Subpart Q does not cover key FTL aspects that are crucial for flight safety, such as “split duty”, augmented crew on long-haul flights, some forms of standby, etc. These areas are currently left to the national legislator, leading to different national legal provisions across Europe.

For a summary of Subpart Q see: ECA "Quick Reference Guide to FTL")

Despite having had 18 months to prepare for the introduction of the new EU-OPS FTL rules (Subpart Q), many EU Member States – and a large number of their airlines – missed the deadline of 16 July 2008, and it took until mid- 2009, that all Member States were fully compliant.

While the introduction of EU-OPS Subpart Q raised the safety standards in several EU countries, some Member Statesreplaced their previously higher national safety standards by the lower EU-OPS minimum. This was against the objective of the Regulation and the “non-regression” principle, which aim at higher safety standards, not lower ones.

On the other side, the United Kingdom, which has the most advanced state-of-the-art FTL scheme in Europe ("CAP 371") chose to respect the EU-OPS "non-regression" principle and decided to maintain its CAP 371-based safety levels.

In Spain is a similar case: They upgraded their out-dated FTL legislation, by using EU-OPS as a basis, and improving it in many areas through national legislation, thereby firmly establishing the principle of non-regression. Since then, the national safety standards (Decreto Royal) override EU-OPS wherever they provide for a higher safety level.

However, since the introduction of Subpart Q, an important new trend can be observed: the gradual downgrading of safety levels within the framework of Collective Labour Agreements (CLAs) at company level. In many cases, CLAs provide for stricter FTL provisions than the national laws or EU-OPS. But the increasing competitive pressure, combined with the existence of an EU-wide FTL standard which is below most CLAs, encourages many companies to dismantle the more protective CLA provisions and to move towards the lower EU minimum.

This trend is expected to continue in future and will ultimately reduce safety levels in the airlines’ actual operations. For example, in 2011, Iberia decided to gradually shift its short-haul operations to a new low-cost subsidiary Iberia Express. This subsidiary has only a very rudimentary CLA without additional safety provisions on FTL, whereas Iberia has a significant additional safety layer in its CLA. Similarly, after Alitalia collapsed, the ‘new’ Alitalia’s CLA contains little additional safety protection against pilot fatigue. Instead, Subpart Q governs most of Alitalia’s operation. And SAS nearly-avoided bankruptcy in early 2013 resulted in many of the CLA’s FTL provisions being weakened. 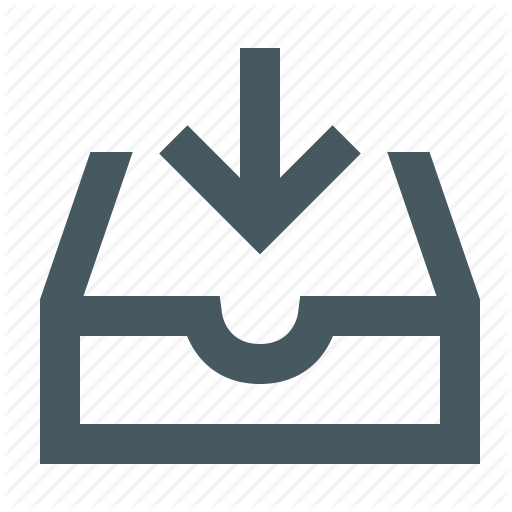 This page is part of an ECA archive on FTL. For more recent content, visit our campaign page on Pilot Fatigue.